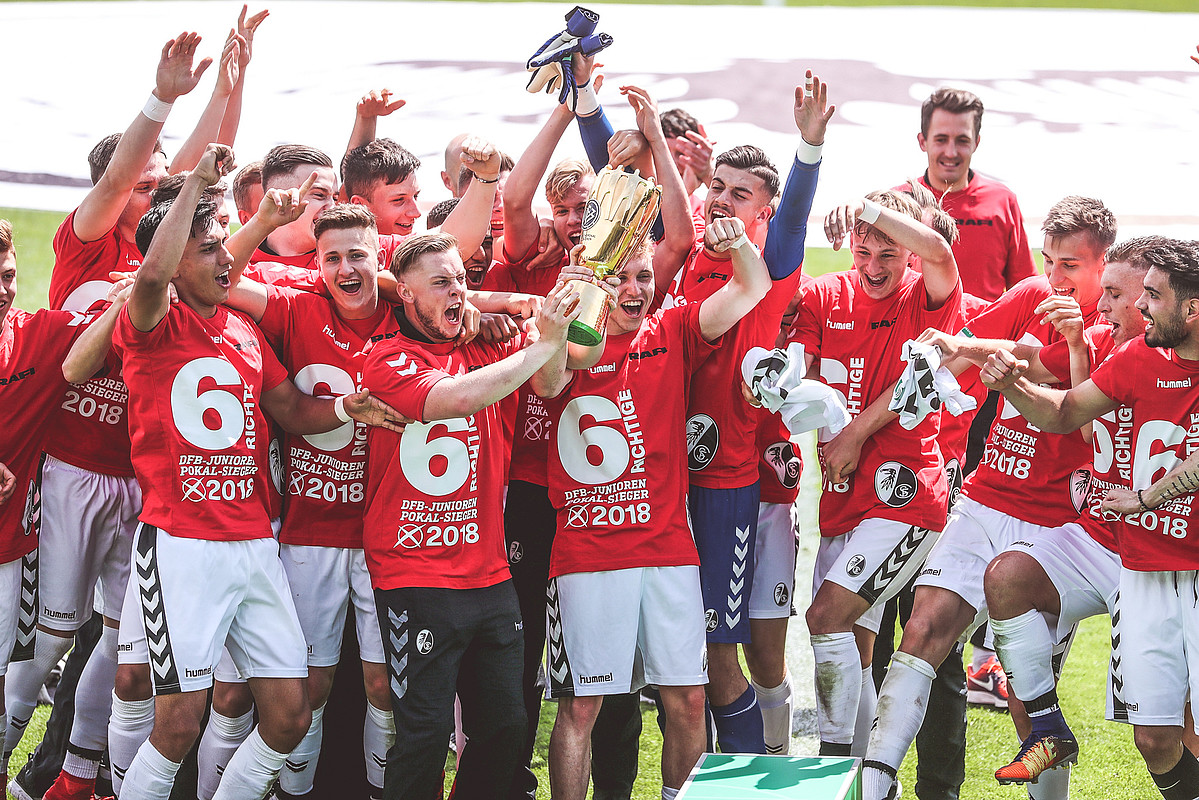 U19 German champions
Freiburg’s greatest success as an academy was winning the U19 German championship in 2008. The coach at the time was current first-team boss Christian Streich and the team included current Bundesliga players Oliver Baumann, Nicolas Höfler and Jonathan Schmid.

Home-grown players
One of our greatest successes as an academy is that we consistently produce players capable of playing for the first team in the Bundesliga. So far in the 2020/21 season, six players from our own academy have featured in the league for the first team: Christian Günter, Nicolas Höfler, Yannik Keitel, Keven Schlotterbeck, Jonathan Schmid and Lino Tempelmann.

Every Freiburg team at the highest level
More evidence of the quality of the Freiburg academy can be seen in the fact that this season all of our youth teams are playing in the highest possible division, just as they were last year.

SC Freiburg were beaten 5-1 by Borussia Dortmund on Saturday afternoon after suffering an early red card for Kiliann Sildillia. Lucas Höler equalised for Christian Streich’s side on the stroke of half time, but BVB took control after the break.

SC Freiburg won 3-1 against FC Augsburg in what was an intense game to begin the second half of the league campaign. The goals for the home side came courtesy of Michael Gregoritsch (13’), Lucas Höler (30’) and Philipp Lienhart (85’).

SC Freiburg kick off the second half of their season on Saturday (15:30 CET) when they host FC Augsburg at the Europa-Park Stadion.

Nico Schlotterbeck, Ermedin Demirovic, Philipp Lienhart, Roland Sallai, Noah Atubolu, Kevin Schade and Kiliann Sildillia have all returned from international duty, as well as Emilio Kehrer, Kenneth Schmidt, Daniels Ontuzans, Julius Tauriainen and Max Rosenfelder from our U23s. Here is a round-up of how they all got on.