Which way to the stadium? What’s the quickest way to reach block O3? Where can I find the nearest ticket desk? With our stadium plan you can find your seat as quickly as possible. 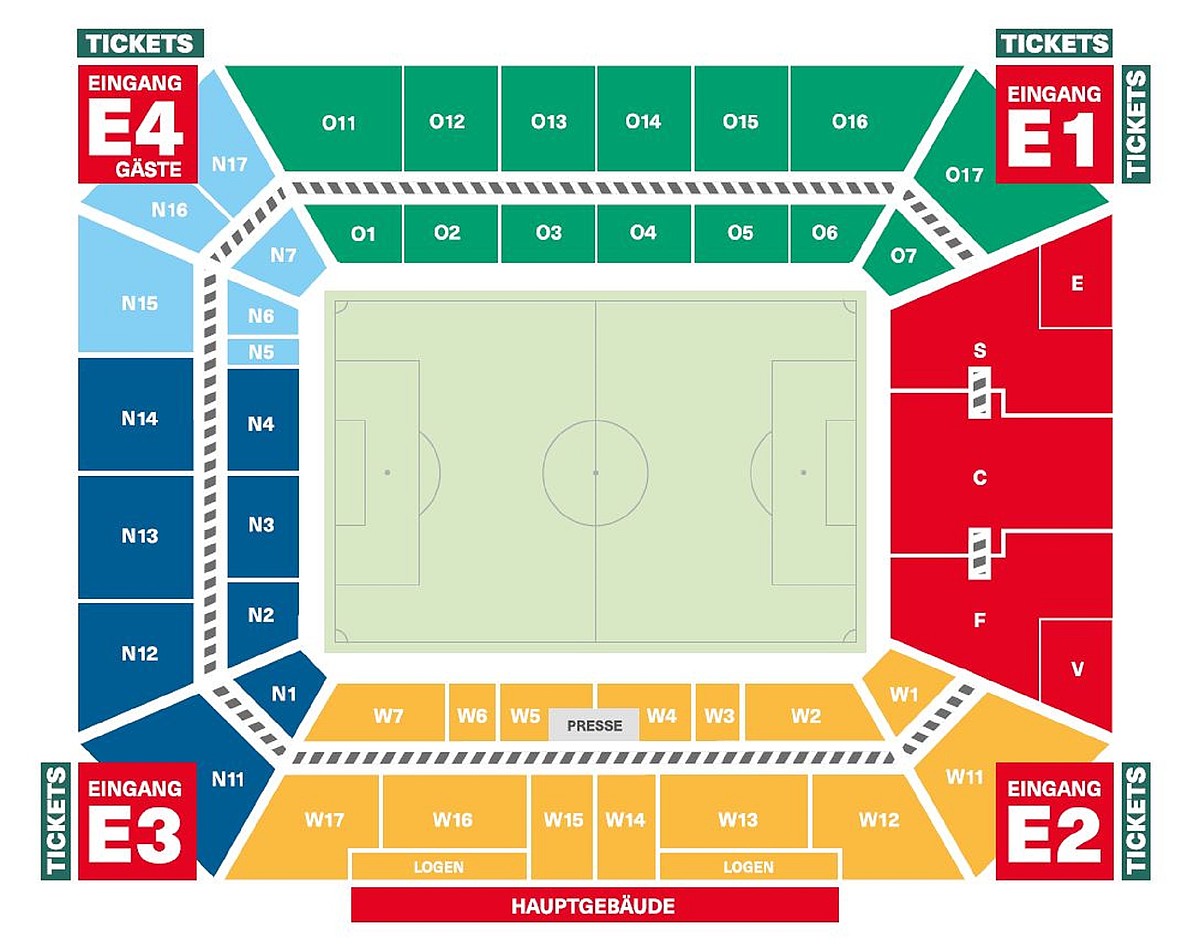 Block names:
- The blocks are all given a letter corresponding to which stand they are in: North (N), East (O) or West (W). The block names also contain a number which indicates in which tier it is located: lower tier (1) or upper tier (2).
- The blocks in the south stand (large, single-tier “wall” of fans) are named after the club’s initials of S/C/F (standing blocks) and E/V (seated blocks).

West stand (Main stand):
-The executive boxes can be found in blocks W4 and W5, as well as W13-W16.
- Also on the West stand is the fan shop, the club’s offices, the press room and the press boxes.

Easy access:
- Seats for the disabled and their carers are situated on the ground floor in the lower tier and are accessible without having to go through the turnstiles.
- Seats for those with sight impairments and other severe disabilities are found in block O7 and are especially easy to reach thanks to their close proximity to the South-East entrance.

Away fans:
The away fans’ section is found in blocks N5-N7 and N15-N17. In case of low demand from the visiting club, the away allocation may be reduced and used as additional home seating instead.