Philosophy of a development club

At the end of the 1990s, SC Freiburg became one of the first German clubs to position themselves as a development club. Through good work with youth players, the club saw a chance to level the playing field given the structural inequality within the region that had put Freiburg at a competitive disadvantage. The aim was to establish the club more permanently in the Bundesliga. The Freiburg Football School (FFS) now has an outstanding reputation not only within Germany but also across international borders and is certified as a top-level academy. That prestige is, on the one hand, down to the work the club does on the sporting side. However, the concept of dual education and the club’s social engagements have also been a key factor in embedding the club as a cornerstone of the local area. 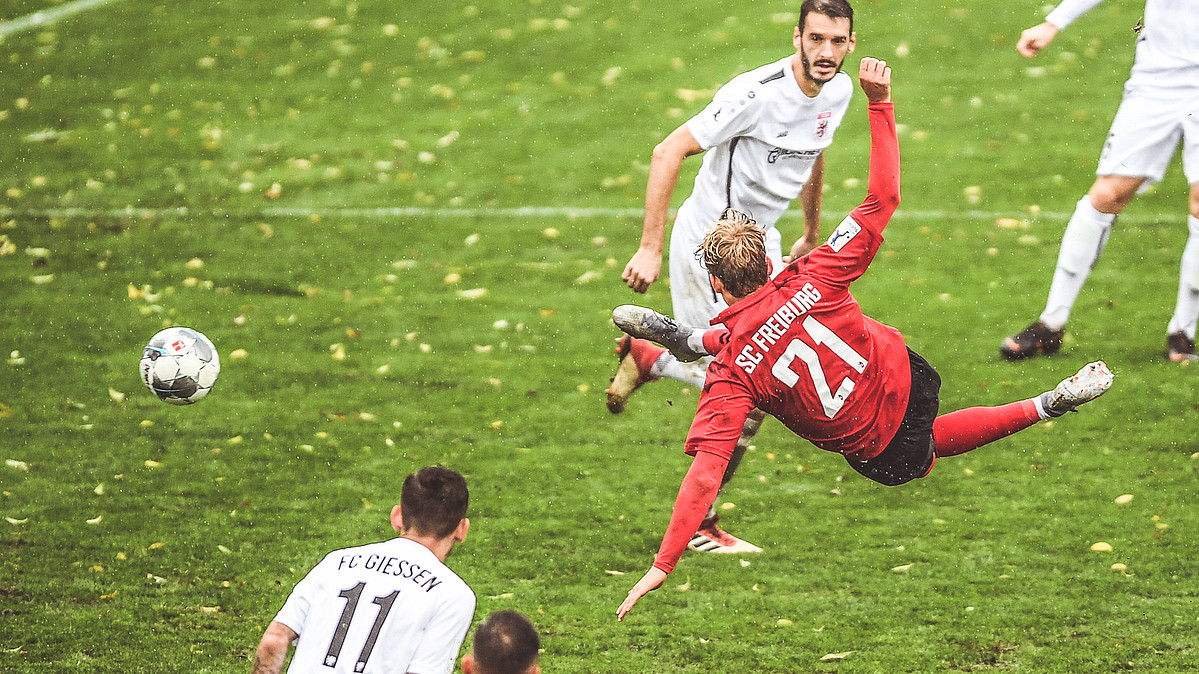 Moving through the ranks

Right from the very beginning, an important building block of SC Freiburg’s academy work has been the close contact between the senior squad and the youth teams. Thanks to our commitment to youth development, young talents in Freiburg have a much better chance of making the jump to the first team than elsewhere, especially since Freiburg head coaches traditionally look within the club to strengthen the squad.

Internally, the club has installed plenty of everyday measures in place to ensure and improve the sustainability of that pathway from the youth sides to the senior squad. The first-team coaching staff meet regularly with the academy directors and the various youth coaches from the U17 to U23 teams. The focus is on the development of each individual youth team and the players within them. We also conduct critical analysis of the club’s methods, as well as developing new expectations and ideas for the workplace.

Home-grown players such as Christian Günter, Matthias Ginter and Sebastian Kehl are the perfect role models for players aspiring to reach the first team from our academy, which was built in Freiburg in 2001. They have all matured into top Bundesliga players and have also represented Germany at international level. Christian Günter, Nicolas Höfler, Jonathan Schmid, Niclas Thiede, Lino Tempelmann, Yannik Keitel and Keven Schlotterbeck (see below) are all members of the current first-team squad who have graduated from the Freiburg Football School.

The close relationship between the youth teams and the professionals can also be observed by looking at the career paths of three current Freiburg coaches. Christian Streich worked for Sport-Club as a head of the academy and as the U19s head coach prior to becoming assistant manager and then head coach of the first team. Streich’s long-serving assistants Lars Voßler (former U19s coach) and Patrick Baier (former U17s coach) have both followed similar routes in making the step up from the academy to the first team. Meanwhile, Freiburg have also hired a so-called “transition coach”, former Freiburg player Julian Schuster. Since taking up the role in 2018/19, Schuster has been responsible for transitioning between the U19s, U23s and first team.